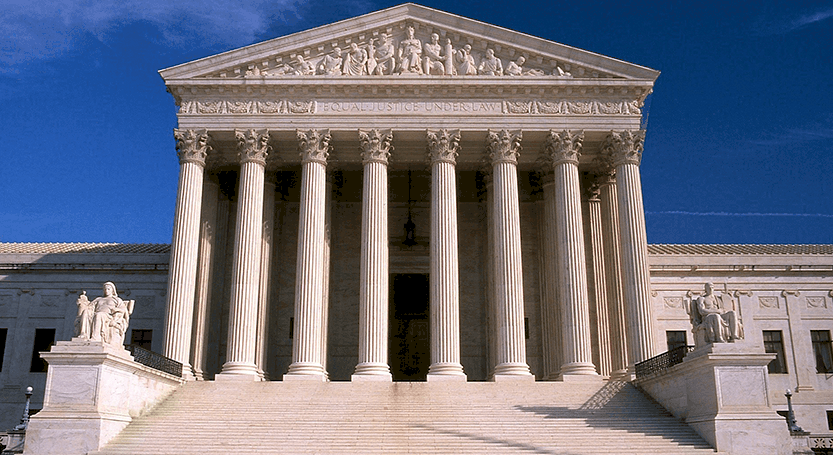 November is proving to be quite the headline-worthy month. With new COVID-19 cases, new state-imposed mitigation restrictions, and the ongoing conversations about the results of our presidential election, there are certainly plenty of hot topics these days.

But another headline that will also have an impact on millions of Americans is the recent statement offered by the Supreme Court regarding the current attempt by Republicans and President Trump to dismantle the Affordable Care Act. Attorneys presented their oral arguments on November 10th, and a final decision isn’t expected until next spring. But for now, the Supreme Court offered a few statements that have many believing the ACA won’t be going anywhere, anytime soon.

What the Trump Administration Is Asking the Supreme Court to Do

The ACA remains intact and the law of the land for now, which should put the minds of millions of participating Americans at ease during the current Open Enrollment period. But the Trump Administration, along with 18 Republican state attorneys, are asking for a strike down of Obamacare altogether. The lawsuit was officially filed in a Texas district court back in February of 2018.

The suit’s primary argument piggybacks off of the Supreme Court’s 2017 ruling, where it did away with the individual tax penalty (National Federation of Independent Business v. Sebelius.) The Trump Administration and legal team are suggesting that by finding the tax penalty unconstitutional back then, the Supreme Court should find the ACA as a whole just as unconstitutional today. Congress brought the 2017 initiative and voted then to leave Obamacare intact and available to Americans for health coverage, just without the penalty. Opposing Democrats argue there is no reason to dismantle the program, depriving nearly 20 million of health coverage during a pandemic, based on the approval of removing the tax penalty fee.

A Decision for the U.S. Supreme Court Judges

The fate of the Affordable Care Act, and health insurance for millions, hangs in the balance and judgment of nine United States Supreme Court justices. On November 10th, the judges heard oral arguments that challenge the widely relied upon Obamacare platform.

A lot has changed significantly since this lawsuit was first filed. COVID-19 has impacted thousands with job furloughs and layoffs, a situation that the ACA was designed to handle. The Economic Policy Institute, a nonprofit think tank, projected an estimate that 6.2 million working Americans lost employer-provided healthcare due to the coronavirus. This data includes those who may have experienced a layoff but have since rejoined the workforce.

Another side effect of the pandemic was the increased numbers of Americans who were covered under their spouses’ insurance plans. In the end, many analysts estimate nearly 12 million lost health insurance this year. And luckily for them, the Affordable Care Act qualified most everyone for the government-subsidized health coverage.

What Does It Mean if the Trump Administration Is Successful?

While an official ACA ruling isn’t expected to come until next spring, many are already anticipating ramifications of a decision supporting the Trump Administration’s suit. The Urban Institute estimates that an additional 21 million Americans could end up without healthcare provisions at all. Ending the Affordable Care Act would also translate to ending premium tax credits, the marketplaces in general, and the expanded Medicaid programs currently complementing the ACA plans.

But the ACA sponsors other initiatives that would also come to an end, should the Supreme Court side with Republican attorney generals. Insurers could face a return of the annual and lifetime limits of health coverage. Younger adults wouldn’t be able to keep their parents’ coverages through the age of 26. Preventative health care could once again come with a price tag under cost-sharing initiatives. Medicare drug costs, according to some analysts, would increase, and the process for Medicare eligibility would experience a significant disruption.

Those Americans who might benefit from an ACA disbandment include higher-income households. Rolling back the ACA would offer a $42,000 tax cut for those earning more than $1 million a year. Aside from these tax cuts, impacts to the average ACA participant could essentially be catastrophic, especially with a pandemic looming.

New Factors that Could Sway a Decision

A few other dynamics have shifted since the Trump Administration brought about the lawsuit looking to repeal the ACA. There is a new Supreme Court member, with the appointment of Justice Amy Coney Barrett. President Trump nominated Barrett to replace the late Justice Ruth Bader Ginsburg. Ginsburg, who had a long-standing reputation for being a liberal voice, has been replaced by a conservative-leaning Barrett. It could suggest a swaying of the vote in favor of the conservative Republicans behind the lawsuit.

On the other hand, we are still calculating votes from the presidential election. And while there are still some points of contention, most are preparing for President-Elect Joe Biden to take President Trump’s place in the Oval Office in January. As a vigorous supporter of the ACA and former Vice President to the President who enacted it in the first place, Biden could sway a decision in favor of keeping the healthcare marketplace open for business. As President, Biden would not be able to stop the Supreme Court from making a decision in the case. However, he and his administration could argue against the motion, to pivot the conversation back to upholding the ACA as-is.

What the Supreme Court Justice Said on November 10th

As of November 10th, the majority of the Supreme Court members seemed to be prepared to uphold the Affordable Care Act, or at least, its most important features. There were two justices in particular who spoke openly during those teleconferenced oral arguments, Justice Brett Kavanaugh and Chief Justice John G. Roberts Junior. Both judges made it clear that the congressional decision made in 2017, which abolished the penalty for not subscribing to health insurance, did in no way represent a want from Congress to remove the entire ACA law.

The sentiments so far seem to indicate that if a Supreme Court decision were made today, it would be to uphold the Affordable Care Act. Taking into consideration the latest developments within the White House, along with the ever-challenging coronavirus, it doesn’t appear Obamacare will be disappearing anytime soon.

Open enrollment is happening now on the Marketplace and will remain available to Americans through December 15th. And as always, when you’re ready to expand your digital transformation or need a trusted health insurance Marketplace adviser, contact Softheon or experience our demo for yourself.