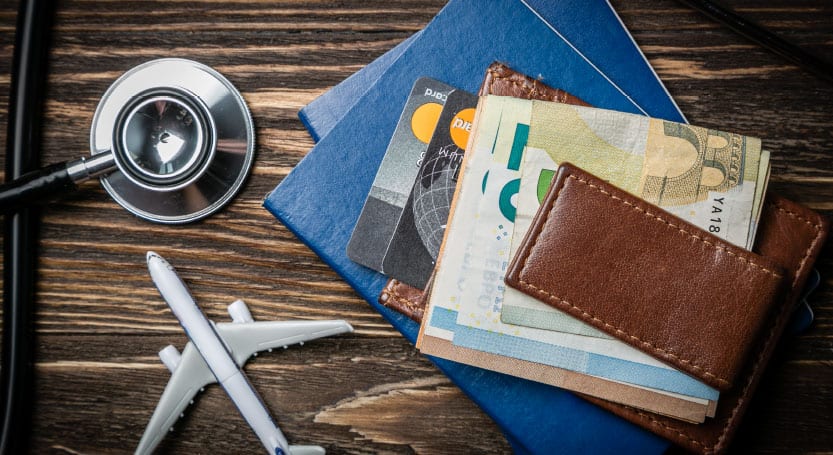 No longer limited to the wealthy pursuing cosmetic surgeries and cutting-edge treatments overseas, medical tourism has become a solution for the low-income and uninsured. 1.9 million Americans will travel outside the U.S. for medical care this year, according to Patients Beyond Borders.

As out-of-pocket medical costs of procedures continue to rise in the U.S. and nations offering universal care face growing resource burdens while baby boomers age, it has become cheaper and faster for many to travel abroad for treatment. Inbound patient flows are highest in Mexico, Southeast and South Asia, with dentistry, cosmetic surgery and cardiac conditions the most frequent conditions treated.

Aside from saving money and time waiting for procedures, some travel abroad to get procedures that have not been FDA approved in the U.S., such as stem cell therapy and assisted suicide.

As the $439 billion medical tourism industry continues to grow at a rate of 15-25% per year, PwC predicts the growth will be built more on costlier and riskier procedures with longer recovery times, such as knee replacements and heart surgeries. While a heart bypass surgery costs $210,000 on average in the U.S., it costs only $12,000 on average in Thailand, according to Glenn Cohen, Harvard Law professor.

Cohen contends medical tourism will only continue to increase as insurance companies look to cut costs, especially with the advent of the Affordable Care Act. In fact, some of the leading U.S. insurance companies—upset at losing income from uninsured Americans who get cheaper treatment abroad or customers who would rather pay out of pocket for cheaper procedures abroad rather than pay more expensive in-network co-pays—have health plans including foreign medical procedures according to Time. Anthem, Blue Cross Blue Shield, UnitedHealth Group, WellPoint and Humana now cover medical tourism costs, including health care and travel fees for patients and companions.

For example, Donna Ferguson received free care and travel, plus a $5,000 check, for her knee surgery in Cancun by her insurance company. The hospital costs were so high that it made more financial sense for both her and her Harvard-trained orthopedist from Milwaukee to have the surgery at an “upscale private Mexican hospital,” according to Kaiser Health News. In the U.S., knee replacement surgery costs $30,000 on average, while it was only $12,000 at the hospital.

Because Ferguson’s doctor was American, she could have filed a malpractice suit in the United States if anything had gone wrong. For the most part, however, the medical malpractice laws in the U.S. rarely apply to foreign defendants. As for medical tourism in general, it is legal in nearly all respects because there is very little regulation, and thus very little legal protection, according to attorney Lisa Schaffer.

While Americans are leaving at higher rates for cheaper care abroad, U.S. hospitals and its physicians remain a destination for foreigners seeking quality care and technology. The United States ranks ten in top destinations for medical tourism, according to The American Journal of Medicine.

Due to China’s overburdened medical system, wealthy Chinese patients who need lifesaving treatments unavailable at home flock to American hospitals. According to The New York Times, in 2016, Chinese people took an estimated 500,000 outbound medical trips, and medical travel agencies say the number of critically ill Chinese medical tourists is growing. Dr. Stephanie L. Hines, the chairwoman of executive health and international medicine at the Mayo Clinic, said, “China is among the countries where we have seen the greatest growth in recent years.”

For example, Gao Shushi, a Chinese real estate developer, paid $220,000 out of pocket for his treatment at the Dana-Farber Cancer Institute in Boston. He received the immunotherapy drug, Keytruda, which was unavailable in China at the time. In four months, the tumor in his stomach shrunk and his health improved.

As affordable health care continues to be a global issue while populations rise and resources grow more constrained, we will see more patients to flock to airports to fix their health problems. Despite its lack of regulation, insurance companies recognize medical tourism’s value in cutting costs. We should expect to see more structure and support systems grow around what is otherwise an industry at the helm of the patient.

The views and opinions expressed by the authors on this blog website and those providing comments are theirs alone, and do not reflect the opinions of Softheon, Inc. or any employee thereof.