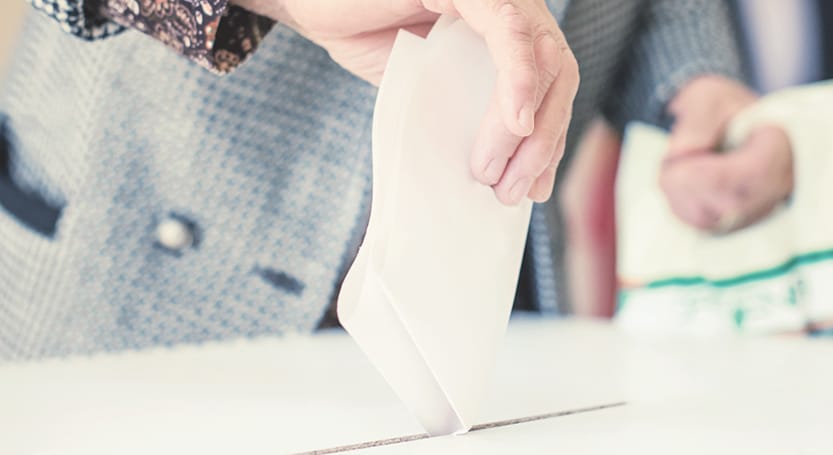 The 2018 Midterm Elections made history with a record-high 47% of registered voters casting a ballot. When it comes to important issues, exit interviews conducted by CNN, CBS News, and ABC reported 40% of Americans ranked healthcare as their most prominent concern.

Considering the House will now be controlled by Democrats, Rosemarie Day, Founder & CEO of Day Health Strategies explains in her webinar “We are predicting that the ACA will not be repealed.” According to Day, the current Administration and Congress were attempting to repeal the individual mandate, change the rules for short-term association health plans, end cost sharing reduction payments to insurers, as well as repeal and replace legislation. On the State level, actions were taken to protect the ACA and bolster the insurance markets — states were looking to defend the individual mandate, regulate and restrict short-term and association health plans.

Although the Republicans maintain their majority in the Senate, Day explains “We can expect to see more repeal and replace efforts in Congress.” She also foreshadows that the current administration will explore ways to undermine the ACA through executive branch actions. Coverage expansion proposals could face congressional gridlock. Insurers currently in the marketplace are likely to stay while new insurers may enter the market. Employer–sponsored insurance appears to be unaffected by the election results.

Moving to the state level, in Illinois, Maine, Michigan, and Wisconsin now have Democratic Governors. The State Attorneys General in Wisconsin, Colorado, Michigan, and Nevada have also flipped to the Democratic party. State level action could be taken to protect the ACA and strengthen their insurance markets, according to Day. However, many of these states will have to work through divided party control in their state houses.

Idaho voted in favor of Idaho Proposition 2, Medicaid Expansion Initiative (2018), a ballot initiative that would increase Medicaid coverage to more consumers in the state of Idaho adjacent to the ACA. Ballotpedia reports “Proposition 2 would expand Medicaid eligibility to those under sixty-five years old, whose income is 133 percent of the federal poverty level or below and who are not eligible for other state insurance coverage.” The Idaho Department of Health and Welfare is required and authorized to take all actions necessary to implement the provisions of this section as soon as practicable. Outgoing Governor Butch Otter endorsed the ballot initiative less than a week before the election, and Republican Governor-elect Brad Little has said he will implement the initiative.

Utah approved the Utah Proposition 3, which enacts the state to expand Medicaid coverage under the ACA starting April 1st, 2019. According to Kaiser Family Foundation “In addition, the initiative prohibits future changes to Medicaid and CHIP that would reduce coverage, benefits, and payment rates below policies in place on January 1, 2017. Proposition 3 calls for a 0.15% increase (from 4.70% to 4.85% of the state sales tax except for groceries) to finance the expansion or Medicaid and CHIP more broadly.”

Nebraska natives voted for the Nebraska Initiative 427 which “requires the state to submit a state plan amendment or documents seeking waiver approval to CMS on or before April 1, 2019 to implement the Medicaid expansion, as stated by Kaiser Family Foundation. The initiative also explains for the state Department of Human Services to “take all actions necessary to maximize federal financial participation in funding medical assistance pursuant to this section.”

Montana disapproved of the Montana I-185 after several campaigns were executed for and against the initiative. This made for the most expensive ballot measure race in Montana history. Kaiser Family Foundation reports “The measure proposed raising taxes on all tobacco products (including e-cigarettes and vaping products) and dedicating a percentage of increased tax revenues for Montana’s current Medicaid program; veterans’ services; smoking prevention and cessation programs; and long-term care services for seniors and people with disabilities.” The Republican dominated State Legislature following the Midterm Election could act to expand Medicaid despite the ballot failure.

Because Medicaid Expansion was voted into Idaho, Utah, and Nebraska states, 224,000 uninsured adults are likely to enroll in health insurance.