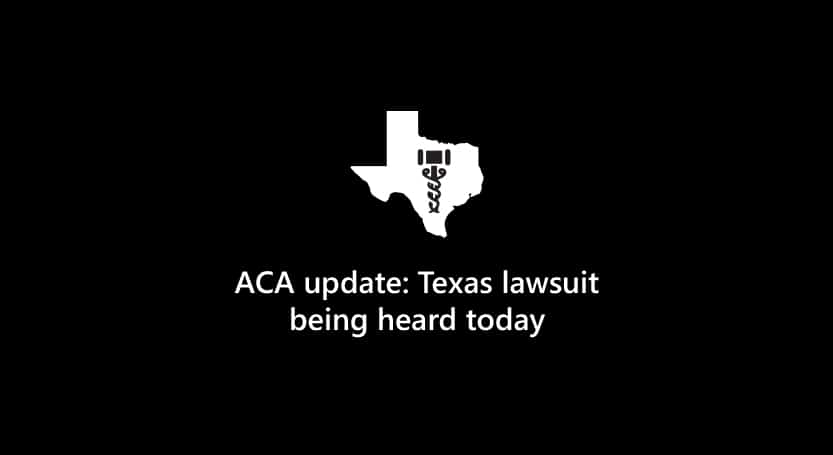 Today, a Texas lawsuit will be heard determining pivotal laws and regulations concerning the Affordable Care Act. Republican attorney generals, led by Texas’ Attorney General Ken Paxton, will go against the Democratic party, led by California’s Attorney General Xavier Becerra, to debate the fate of the ACA. U.S District Judge Reed O’Connor will hear both sides and determine whether the health law should be put on hold while the case is being contested. GOP Plaintiffs are looking for a “preliminary injunction” on the law.

On February 18, 2018, both sides of the GOP filed the suit at the federal district court in the Northern District of Texas. According to Health Leaders Media, The GOP attorney general and two GOP governors argued “that because the Supreme Court upheld the ACA in 2012 by saying its requirement to carry insurance was a legitimate use of Congress’ taxing power, eliminating the tax penalty for failure to have health insurance makes the entire law unconstitutional.”

“Texans have known all along that Obamacare is unlawful and a divided Supreme Court’s approval rested solely on the flimsy support of Congress’ authority to tax,” Paxton  said in a statement when the suit was filed. “Congress has now kicked that flimsy support from beneath the law.” According to Kaiser Health News, “The Republicans say that when Congress eliminated the penalty for not having health insurance as part of last year’s tax bill, lawmakers rendered the entire health law unconstitutional. The Democrats argue that’s not the case.”

Here’s what you need to know:

Implications of HHS’ Proposed 2020 Notice of Benefit and Payment Parameters

Repealing individual mandate: not as bad as once feared?