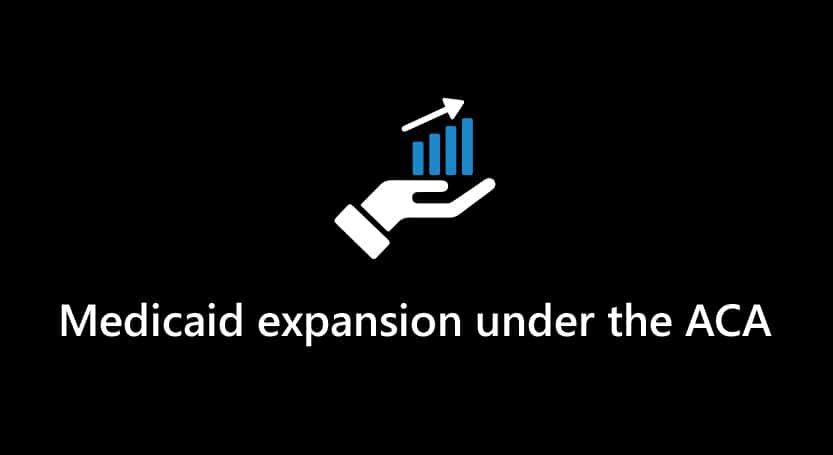 To date, 33 states and the District of Columbia have expanded their programs, 8 utilizing a Section 1115 Waiver.  Another 17 are not currently expanding, however, their interest will soon be measured on ballots this Fall.

Overall, the impacts have been significant; coverage, access to care, and delivery system reform have all seen changes. Medicaid expansion has positively affected utilization of services, the affordability of care, and financial security among the low-income population. According to Kaiser Family Foundation (KFF), Medicaid expansion states have also experienced significant coverage gains and reductions in uninsured rates – among the low-income population broadly and within specific vulnerable populations.

The state of the states

Section 1115 Medicaid demonstration waivers provide states an avenue to test new approaches in Medicaid that differ from federal program rules. Waivers can provide states considerable flexibility in how they operate their programs, beyond what is available under current law. Below is our analysis for states with approved requests.

Thirty-three states and Washington D.C. have adopted the #ACA's #MedicaidExpansion, and several others are considering it.https://t.co/5P9JVTuveZ #Medicaid pic.twitter.com/S5wfyK1b57

Earlier this year, we examined how, per requirements, states that want to make a change that effects both groups – Commercial and Medicaid – will also need to gain approval for a 1332 waiver in addition to a Section 1115 waiver.

This has come up in a few states, including Idaho. However, to date, no state has been successful in combining them.

Here’s an example on how it could work: In Idaho, there was an ongoing conversation about people that have too high an income to be on Medicaid, but don’t hit the 100% of FPL threshold to get tax credits. After proposing stopgap measures for years, this year they are trying to tie Medicaid and Commercial changes together. 20K people will get Medicaid eligibility by creating a small eligibility group via 1115 and would have an impact in the commercial market because they would be a part of what is driving up individual market costs. Pulling them out would allow carriers to reduce their premiums. As a result, there is a savings to the feds. These savings would be allocated to apply a state version of tax credits for people that do not qualify for financial assistance.

The Affordable Care Act (ACA) expanded Medicaid eligibility to 138 percent of the federal poverty level, resulting in more than 14 Million people obtaining coverage under Medicaid Expansion (ME). From 2014 through 2016, the federal government covered 100 percent of the costs for Medicaid expansion. In 2020 and beyond, this percentage will decrease 10%.

The report also noted that in states that expanded Medicaid eligibility, Medicaid managed care plans had greater margins with the exception of 2016. The report added that “as some states expanded their Medicaid programs in 2014 and 2015, their aggregate underwriting margins were, respectively, 2.6 and 1.4 percentage points higher than margins in non-expansion states. This trend appears to have reversed in 2016.” So, what has attributed to this?

“Following the overall pattern, among Medicaid expansion states, health plans in Michigan, Ohio, and New York had positive margins for at least five of the six years we studied. This seems to indicate some stability in state-level policy for Medicaid pricing. Furthermore, 51% of health plans in these states saw positive underwriting gains for at least four years.” – Sarah Thomas

One theory is the various rules that govern each state’s Medicaid program. Currently, rules are set by state policymakers, which in turn attributes to some variation.

To learn more, download our infographic on Section 1115 Waivers.